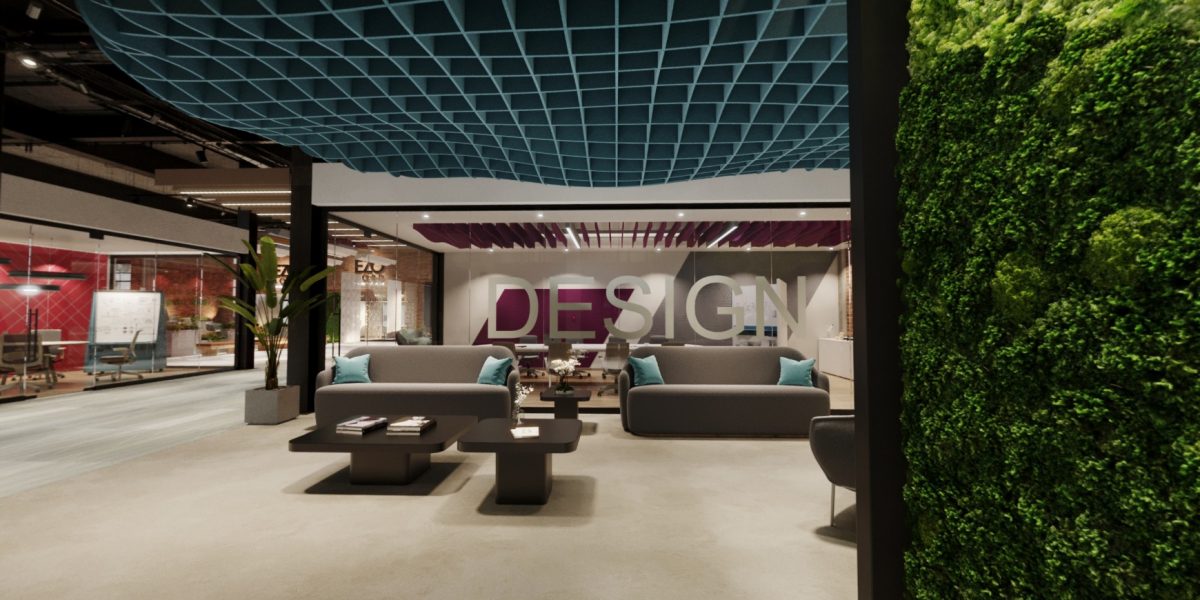 Commercial real estate professionals are embracing technology, putting a once slow-to-adapt industry at the forefront of innovation. One technology that CRE is adopting far faster than many other industries is virtual reality––a tool perfectly suited for CRE’s needs.

After decades of unfulfilled promises, VR is finally moving into the mainstream. VR sales are predicted to reach $40.26 billion by 2020. In the five years following, that number will double, and Goldman Sachs believes VR will be an $80 billion dollar industry by 2025.
Let’s take a closer look at VR technology, its recent developments, how it’s already being used in CRE and how you’ll use it in the future in your brokerage and with your clients.

What virtual reality is and what it isn’t
Virtual reality is, at its essence, a computer trying to trick your brain into thinking you’re looking at something real. To make virtual experiences as realistic as possible, the creators of VR tools are aiming for total immersion. When visuals displayed through headsets or screens are combined with audio and other sensory cues, it enhances the VR experience. Multi-sensory immersion has the potential to make a user completely forget his or her actual physical surroundings, blurring the line between the real world and the virtual.
With the introduction of dozens of new games with virtual reality options, VR is already hot in the video game market. And it makes sense that the gaming industry would be the first to adopt VR, but you can do more with VR today than play video games.

Facebook was in the news in 2014 when they bought VR company Oculus, but industry pundits were left speculating for quite awhile about the social network’s intentions for the technology. This year, Facebook finally announced they’re using the Oculus platform to create a “social VR” experience: Facebook Spaces.
In Spaces, a user has their own avatar and can interact in a virtual space with others’ avatars. And in creating this platform, Facebook has taken VR tech away from purely presentation and toward actual participation for users.
The original Facebook gradually became a platform for businesses and advertising in addition to organic social interaction, so Spaces and other VR platforms have the potential to become tools for business as well.
While VR is still mostly in the entertainment domain, it can also be used for such utilitarian tasks as medical training, procedures and therapy. And as it gains traction for consumers, VR is also beginning to make waves in the CRE industry.

Major commercial real estate brokerages like JLL, CBREand Cushman & Wakefield as well as property developers like Lendlease and Capitaland in Asia are already using VR to show properties to potential buyers and tenants. And even more brokerages are in the process of investing in and implementing VR solutions because their brokers are seeking tools that give them a competitive edge.

There are a variety of VR tools on the market for CRE professionals, but some of the most popular include:
»
Matterport, which uses a 3-D camera to create lifelike digital renderings of spaces like dollhouse (3-D floor plan) views and walkthroughs.
»
Realvision, which creates interactive virtual tours and dimensioned floor plans of properties with a DSLR camera.
»
VirtualAPT, which employs robots to film and process realistic, full 360-degree walk-throughs of spaces in real-time.
»
Floored, which allows CRE professionals to explore and share products in an immersive, interactive web-based video game-like experience.
»
Virtual Xperience, which provides photo-realistic VR visualizations like traditional renderings, 360-degree videos and mobile walk-throughs.
But these tools are just the beginning for VR in the CRE industry.
What’s coming for VR in CRE
Right now, the biggest hurdle to the widespread use of VR in CRE is the cost, but as more companies are developing and introducing their versions of the technology, that cost will go down. Then, VR will be everywhere for CRE professionals, their clients and their clients’ tenants.

How you will use virtual reality
When you market properties, you won’t just show photos and videos. You’ll create a rendering of a finished space that is customized for your client’s wants and needs that your clients can truly experience. As we noted already, you’ll show more spaces in less time from your own office, your client’s office or home or totally virtually.
And once tools like Facebook Spaces are perfected and commercialized, you’ll be able to virtually meet with clients in a far more realistic manner than you can today with video conferencing tools, closing a divide between you and clients all over the world. An example of this could be a potential future integration of Facebook Spaces and a VR property tool like Matterport, wherein you could not only show a rendering of a space, but meet and discuss it like an in-person tour. Close, personal relationships and personalized tours will be possible with anyone, anywhere.

Beyond the world of CRE brokering and marketing, your clients and their tenants will take advantage of VR tools outside of the real estate buying process as well. It will be nearly as important for you to know how they’re using VR in their work and lives as it will be for you to understand how to use it in yours.

Ask us about our 3D renderings and how to paint the picture for your client.

Need a little inspiration for your office design? Click here for some ideas.

Reach out today for your Project Roadmap.
Our Roadmap will give you a layout, 3D rendering, and a budget.